5/31/2015-After a couple of days rest in Kathmandu, we headed to Malekhu, Dhading. We stayed in Malekhu at Uttam Kadel’s house. He is a local political activist. He had organized several relief distribution events himself in the nearby areas. With close coordinations with Uttam Kandel, Ngawang Tenzing Lama, & Urusha Kadel, our team made a decision to go to two villages: Shyadul and Adamghat. Both villages are heavily populated with indigent indigenous population.
The next morning, we headed to Adamghat and Shyadul. We rented a Truck and loaded our supplies. Just shortly after we left the highway, we only started seeing one narrow dirt road. The drive was treacherous enough. The driver drove very steadily. We walked instead. Our destination was very far up in the North part of the village. As we reached Adamghat, we distributed 40 Tarps, 40 blankets, and 49 mattresses. Some of the individuals were so poof that we randomly gave away NRs. 4,000 to few households. Our next destination was Shyadul. When we reached, there were about 60 individuals waiting for us. We distributed 60 Mattresses, 60 Blankets, and 60 Tarps to the native populations. In the evening, we returned via walking all the down to the highway. It took us 3 hours. And, the truck only arrived 20 minutes after we reached the highway. Below are some pictures. 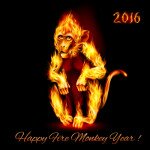 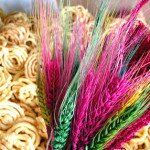