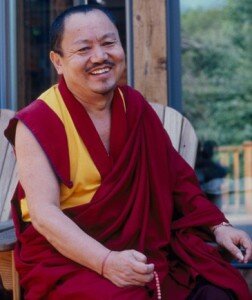 Venerable Khenchen Tsewang Gyatso Rinpoche is a distinquished lama of the Nyingma Tradition of Tibetan Buddhism, and is recognized as an esteemed and erudite scholar, an accomplished Dzogchen master, and an authentic and highly qualified teacher from an unbroken lineage of revered Palyul/Nyingma masters.

He has received all the major empowerments and transmissions of the Nyingmapa school, including the Dudjom Tersar from Kyabje Dudjom Rinpoche; the Longchen Nyingthig Yabshi and Nyingma Kama from Kyabje Dilgo Khyentse Rinpoche; and the Rinchen Terdzö and Nam Chö from the guidance of His Holiness Pema Norbu Rinpoche and other eminent masters, including Khenpo Jigme Phuntsok Rinpoche and Nyoshul Khen Rinpoche.

In 1962, Rinpoche fled from Tibet to India with his family, taking the robes of a monk at age ten. Several years later, he entered a nine year curriculum at Sarnath under the guidance of his principal teacher, Khenpo Palden Sherab.   He graduated in 1978 with the degree of Acharya (teacher or spiritual master), and received the Silver Medal of Honor from His Holiness the Dalai Lama for the outstanding academic achievement of ranking first in all four schools of Tibetan Buddhism.

Rinpoche was thereafter invited to teach at Palyul Namdroling Monastery in Bylakuppe, India at the Ngagyur Nyingma Institute. In 1983 he was enthroned as a Khenpo (professor) by His Holiness Penor Rinpoche, who also at that time selected him to be the main representative for the Namdroling Monastery.  His Holiness authorized him to teach, confer empowerments, and give personal instruction in Buddhist practice throughout the world. Now a Khenchen (most honored or highest professor), Rinpoche has traveled the globe extensively for almost 30 years, teaching and establishing many Palyul Centers which have grown and flourished under his enlightened guidance and direction.

Venerable Rinpoche’s profound level of accomplishment and impeccability in maintaining his vows, along with a deep understanding of the Western mind and precious ability to speak to all levels of students at once, make him one of the most highly respected and revered teachers of the entire Palyul/Nyingma lineage. He is affectionately known among his students as “Khenpo Guru.” 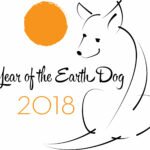 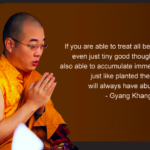